The jet grouting process consists of the disaggregation of the soil or weak rock and its mixing with,

and partial replacement by, a cementing agent; the disaggregation is achieved by means of a high energy jet

of a fluid which can be the cementing agent itself .

A volume of soil treated through a single borehole. The most common elements are :

An assembly of jet grouted elements which are partially or fully interlocked. The most common structures formed are :

(usually a cement grout) assisted by an air jet shroud as a second fluid .

is simultaneously obtained by a separate grout jet .

The jet grouting process in which the disaggregation of the soil is achieved by a high energy water jet assisted by an air jet shroud,

and its cementing is simultaneously obtained by a separate grout jet .

NOTE : In special cases the water can be substituted for other appropriate liquids or suspensions .

treatment performed from a horizontal or sub-horizontal borehole (within ± ۲۰° from the horizontal plane) .

Rotary rig able to automatically regulate the rotation and translation of the jet grouting string and tool .

Jointed rods, with simple, double or triple inner conduit, which convey the jet grouting fluid(s) to the monitor .

The tool mounted at the end of the jet grouting string, to enable jetting of the fluids into the ground .

string into the high speed jet directed at the soil .

Effective distance of disaggregation of soil by the jet, measured from the axis of the monitor .

The surplus mixture of soil particles and introduced fluids arising from the jet grouting process, and normally flowing

to the ground surface via the annulus of the jetting borehole .

The jet grouting parameters are defined :

_ pressure of the fluid(s) within the jet grouting string ;

_ flow rate of the fluid(s) within the jet grouting string ;

_ rate of withdrawal or insertion of the jet grouting string .

The method in which the jet grouting of an element is facilitated by a preliminary disaggregation phase, with a jet of

water and/or other fluids.

NOTE : Prejetting is also widely known as prewashing or precutting .

to harden in the overlapping elements .

or achievement of predetermined strength of the adjacent elements previously constructed .

The material which constitutes the body of a jet grouted element . 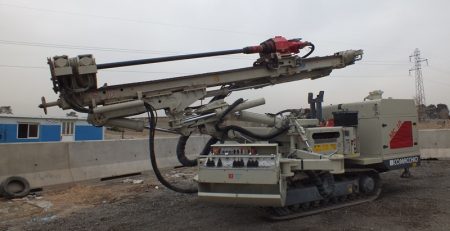 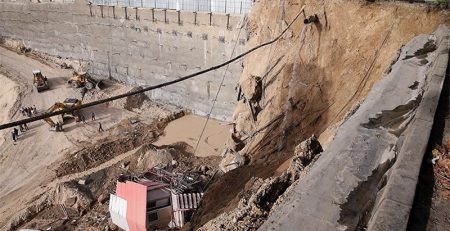 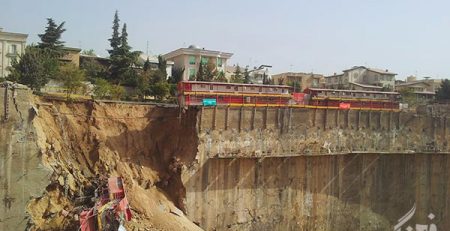 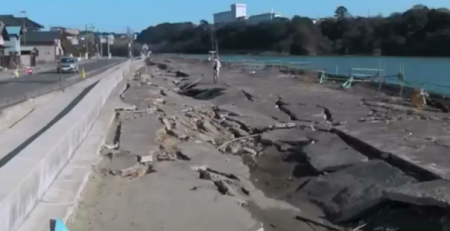 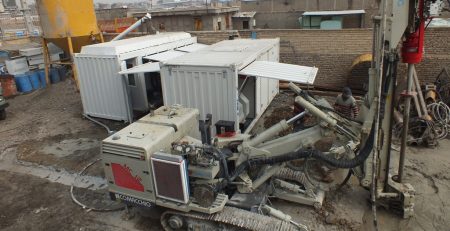 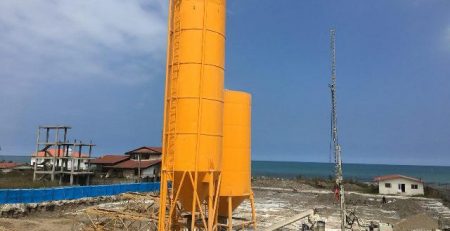 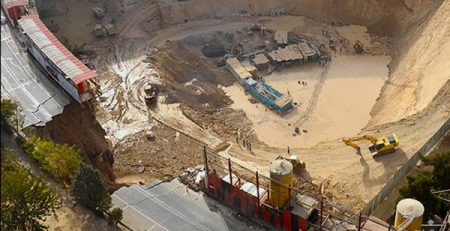 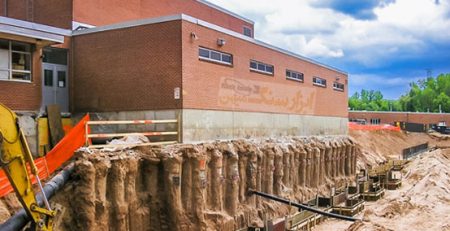